Real heroes. Not actual size. In a week time, the highly anticipated Marvel blockbuster Ant-Man and the Wasp is about to hit the big screen! Being a super hero and a full-time father, Scott is struggling to balance both sides in his daily life yet confronted by Dr. Hank Pym and Hope van Dyne with an urgent new mission. This time he has to put on the Ant-Man suit which allows him to grow or shrink and learn to fight alongside with The Wasp as team works together to uncover secrets from their hidden past.

In anticipation of the opening of this new sequel, Hot Toys is excited to present today the 1/6th scale Ant-Man Collectible Figure!

The movie-accurate collectible figure is specially crafted based on the image of Paul Rudd as Scott Lang / Ant-Man in the movie. It includes two interchangeable heads featuring a newly developed head sculpt with stunning likeness and a newly developed interchangeable helmeted head sculpt with LED light-up function that bears a high resemblance of a closed helmet showing part of Ant-Man’s face, a skillfully tailored Ant-Man suit to enhance articulations, a standing Ant-Man miniature figure, a shrunken lab, two disc equipment, an opened helmet accessory attachable to the back of figure, a specially designed figure stand with character backdrop.

Don’t pass up on this excellent opportunity to pick up the smallest hero to show off your Marvel Cinematic Universe collection! 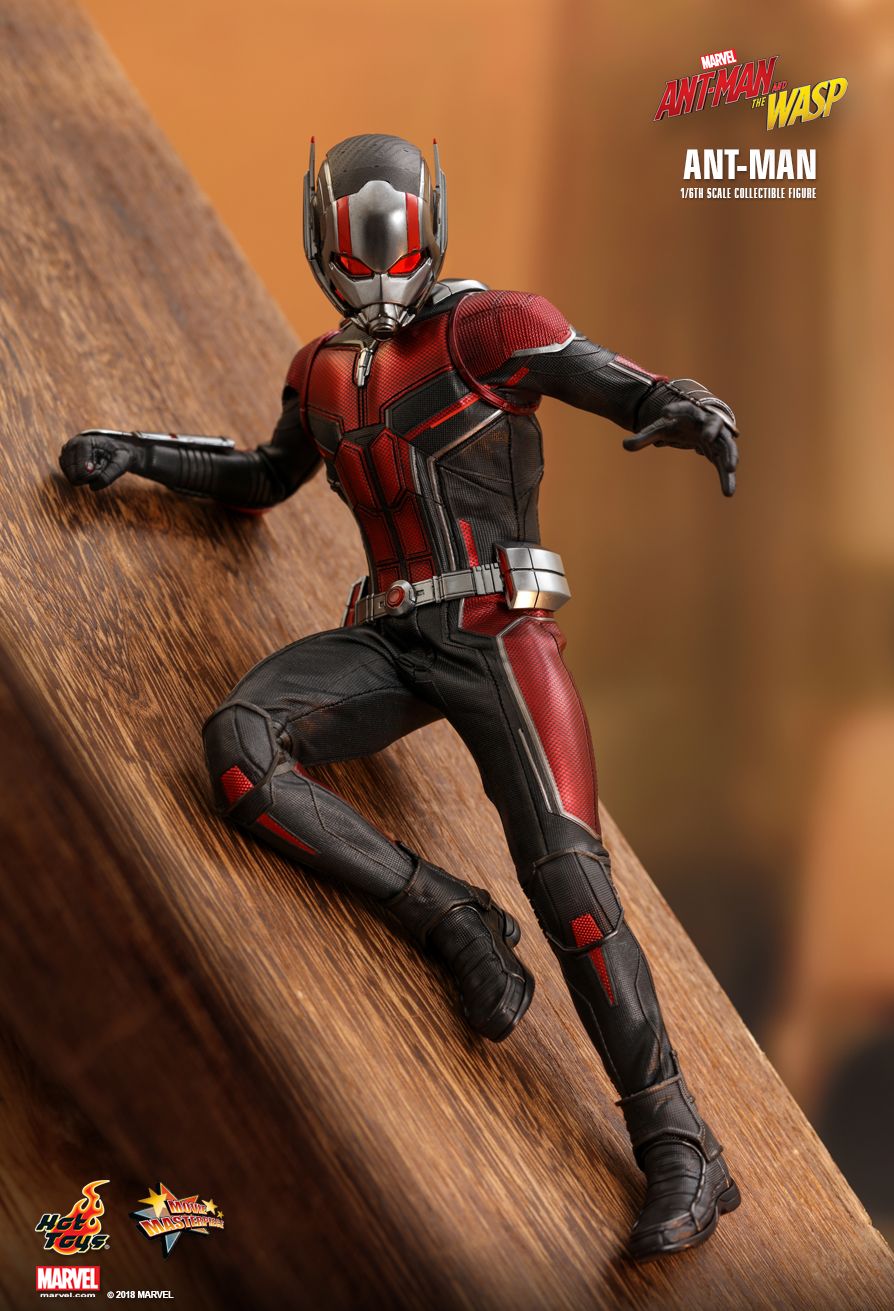 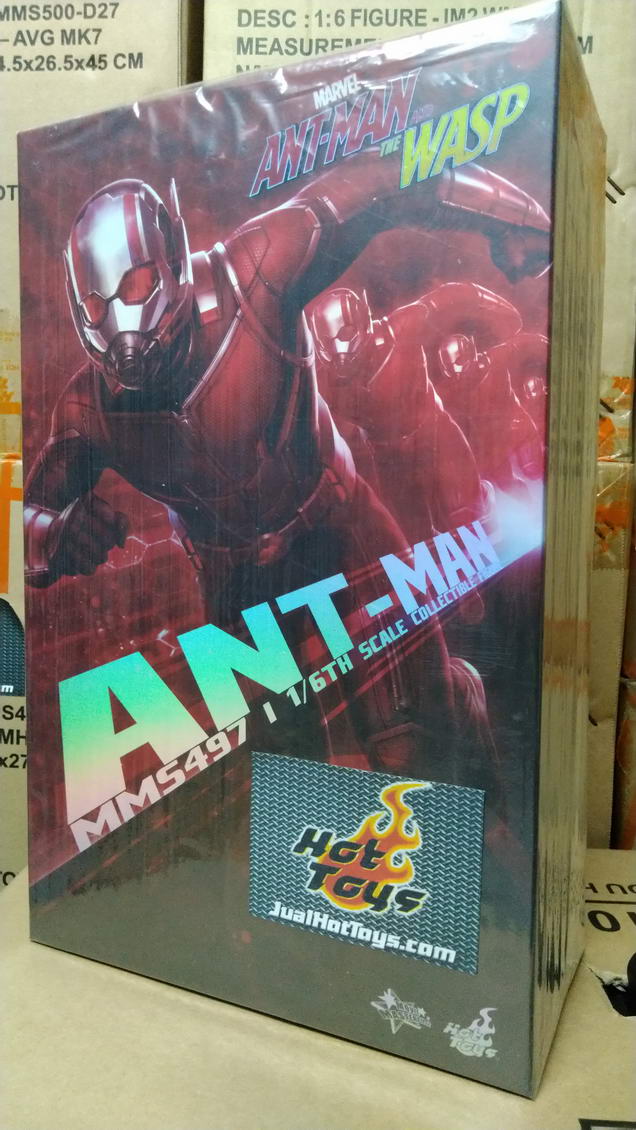 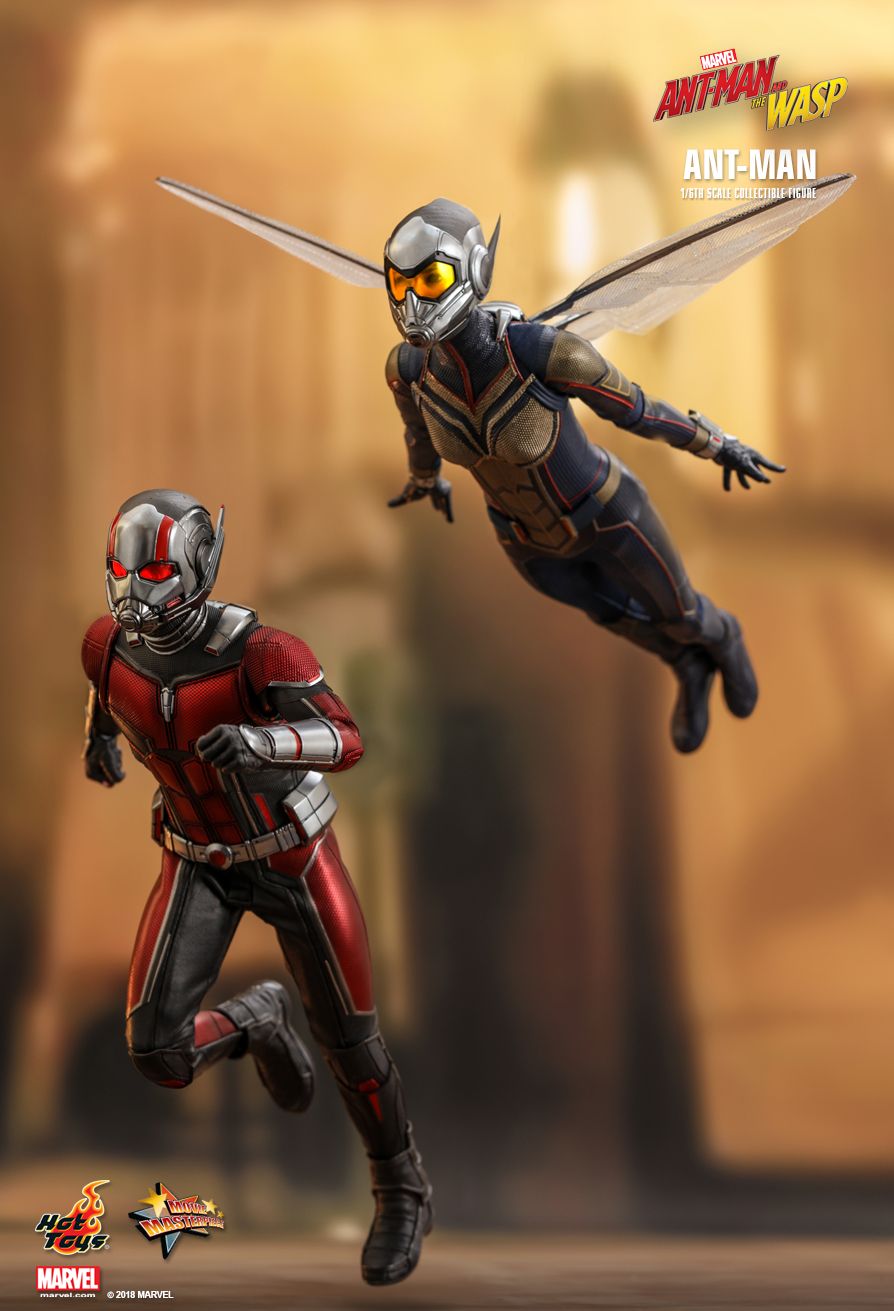 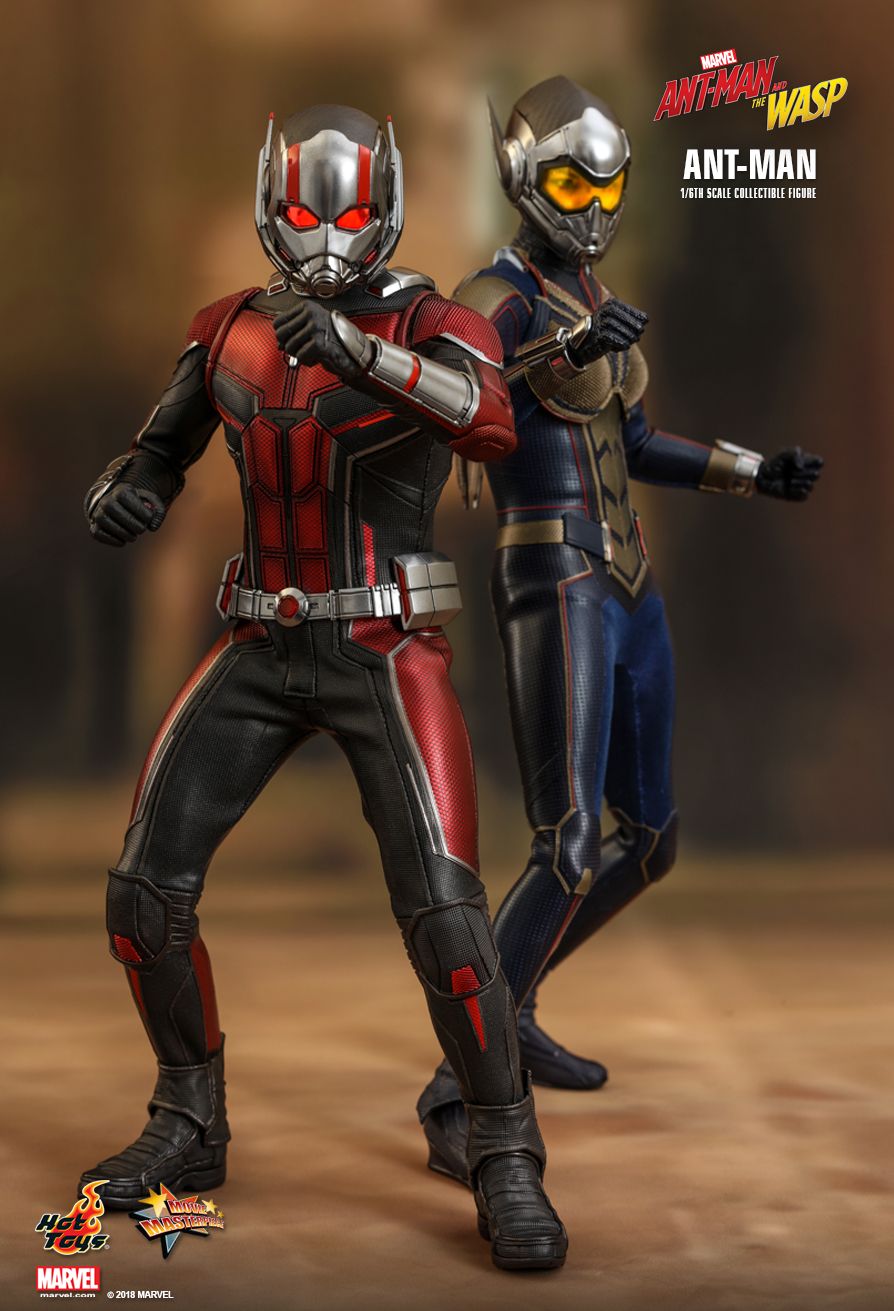 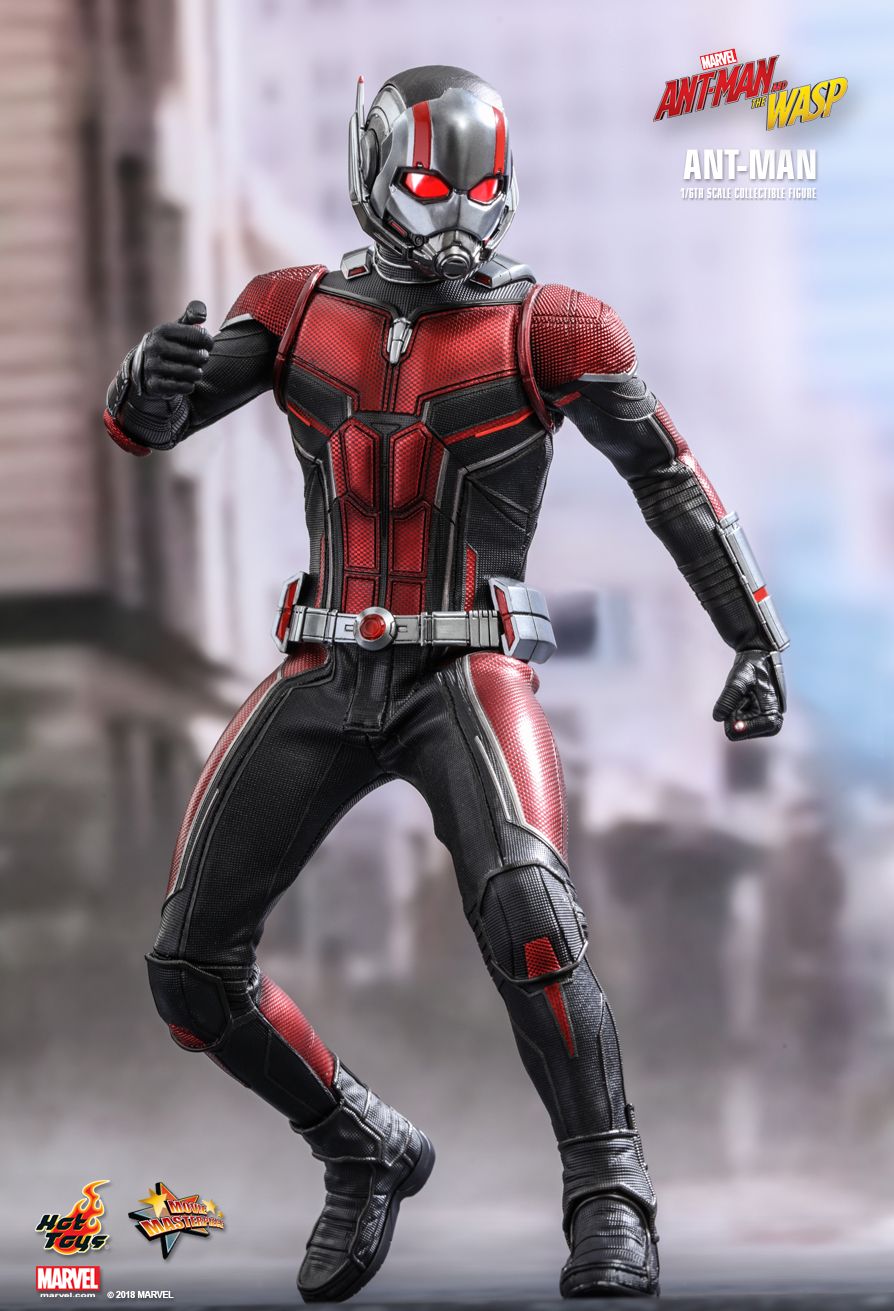 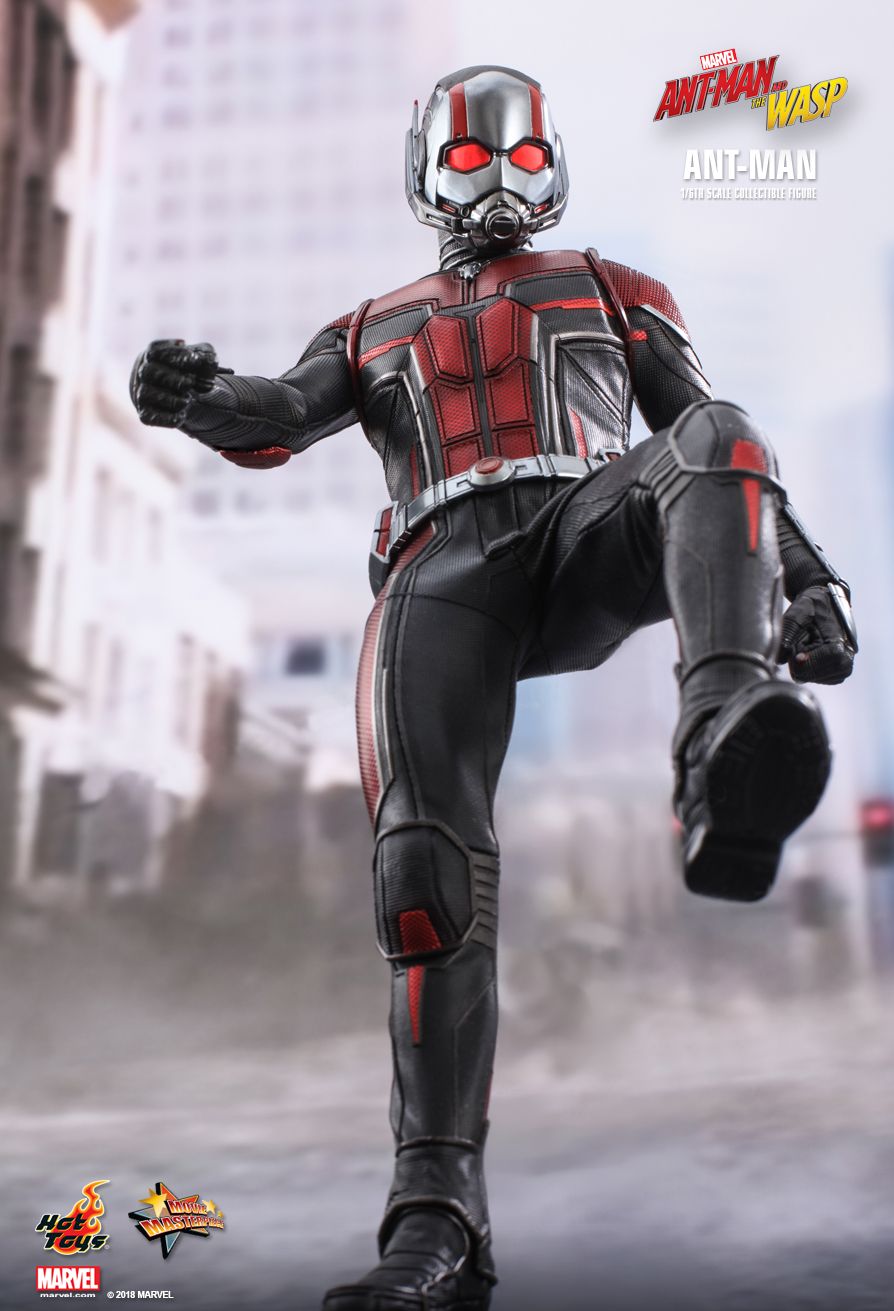 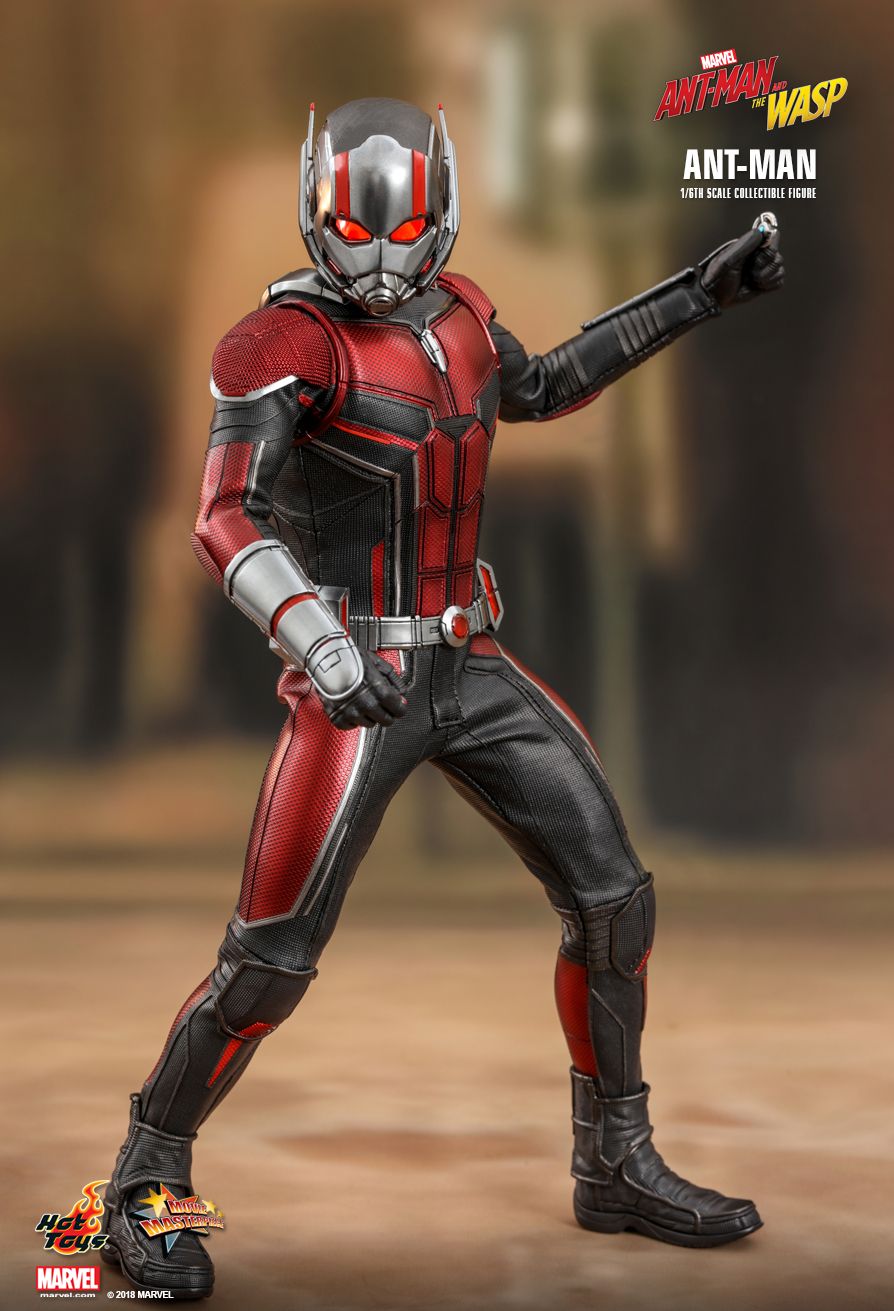 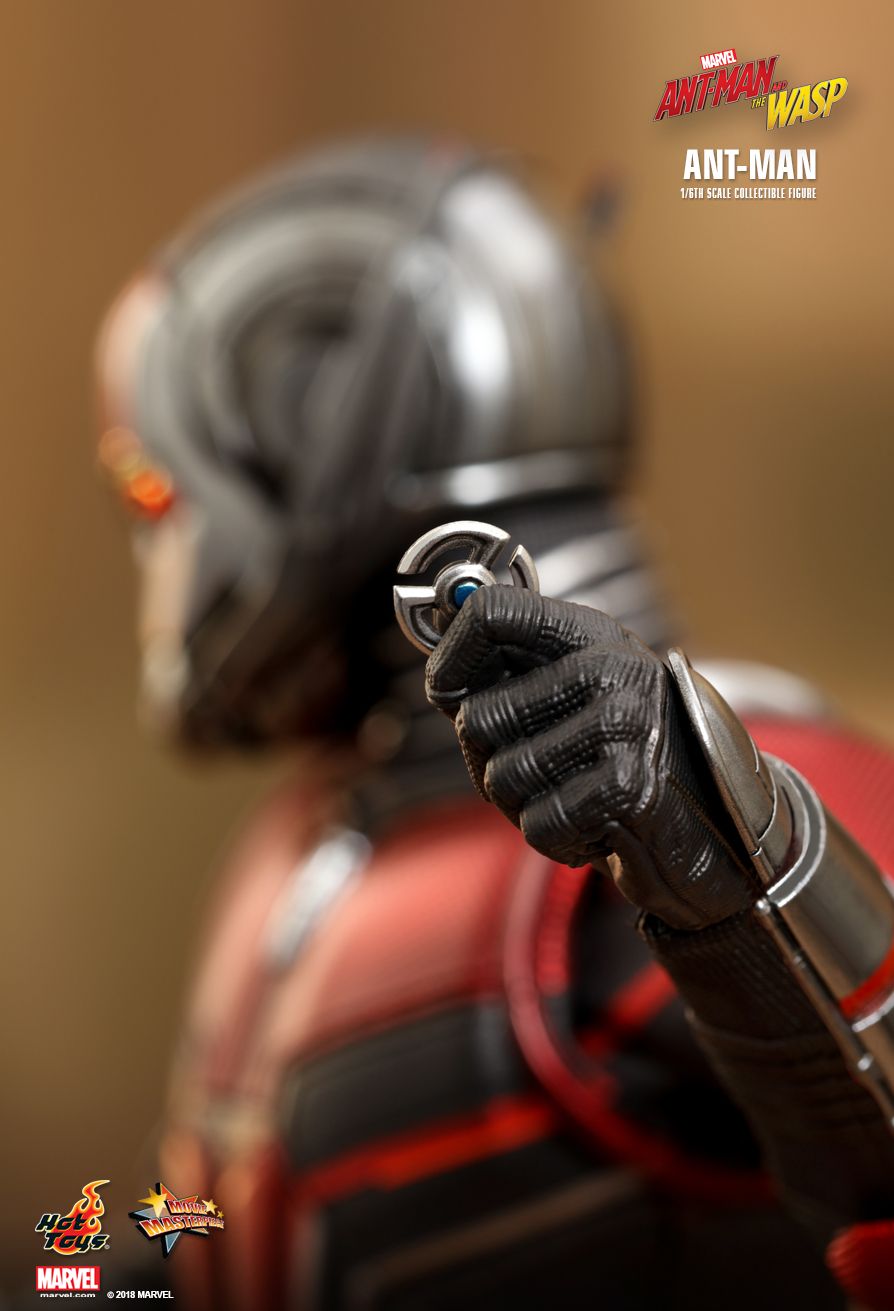 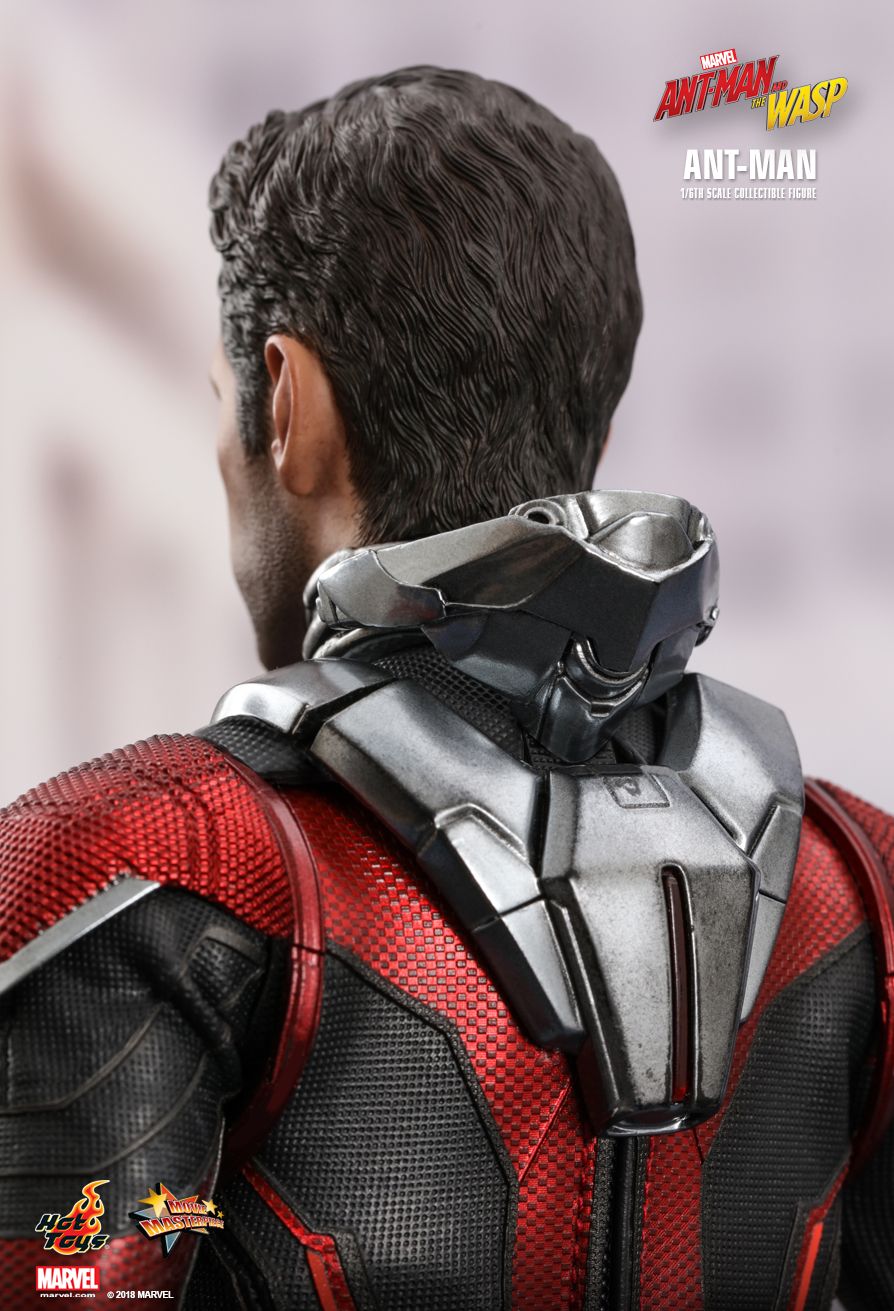 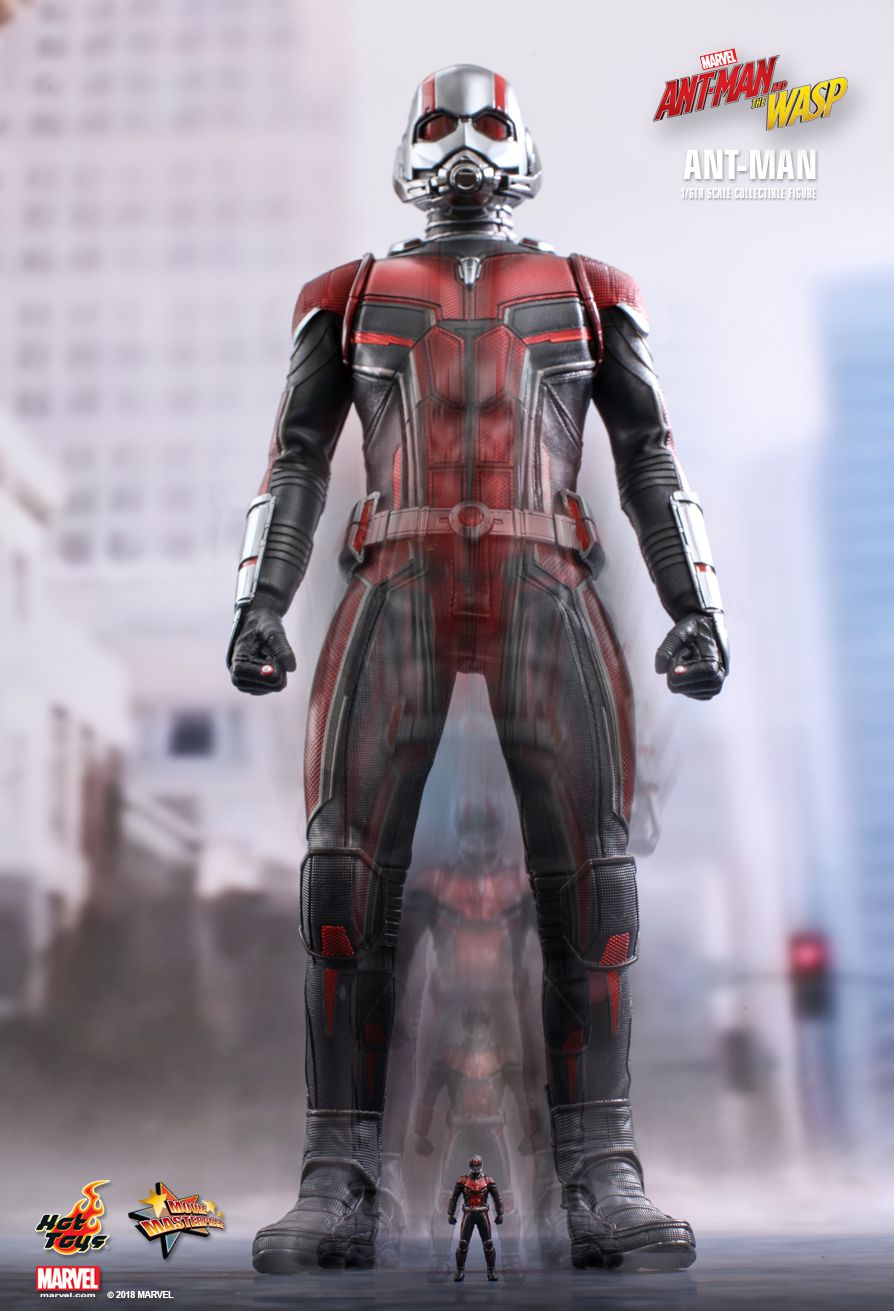 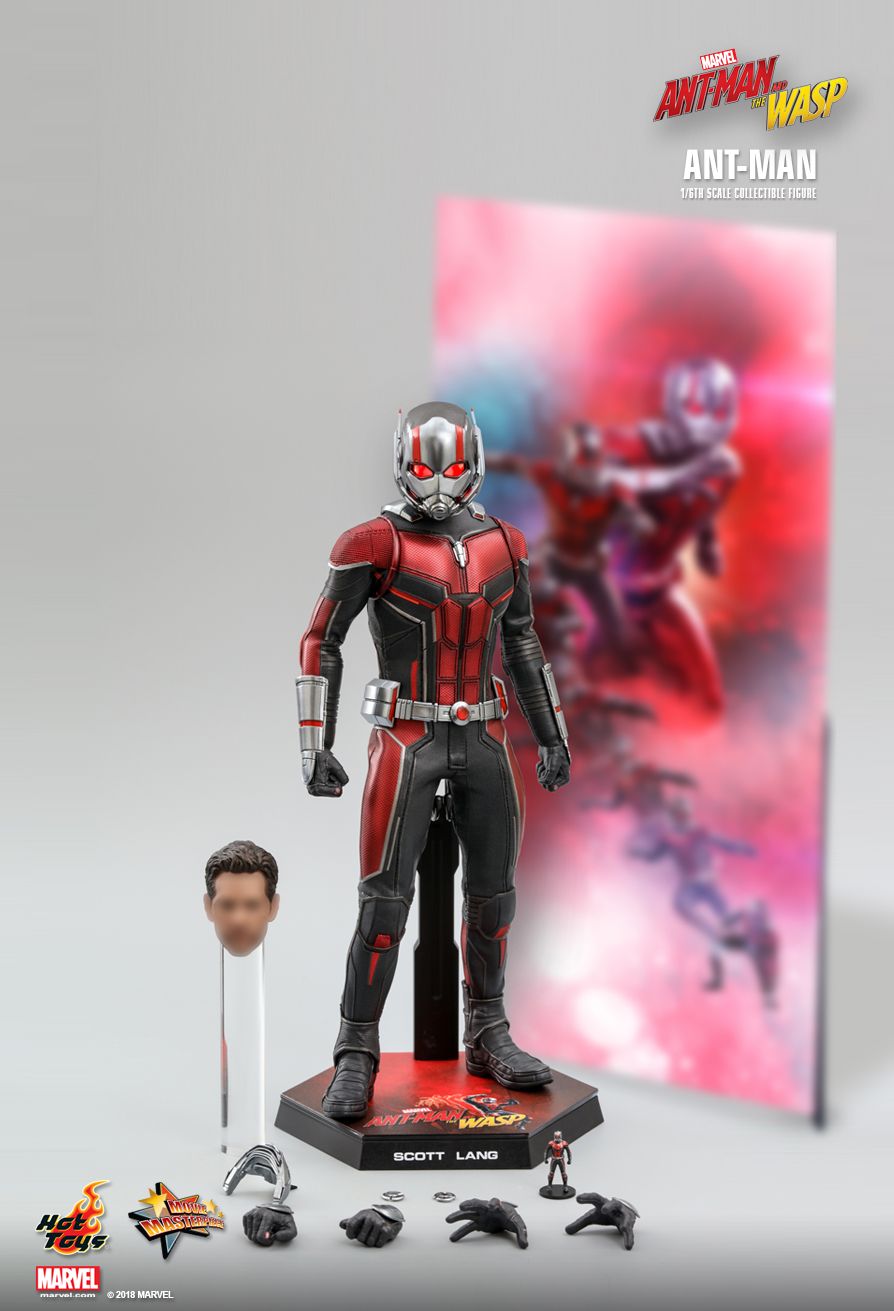